A teacher, Margaret from Queensland, wrote to us because she was always taught that you can’t successfully paint acrylics over oils, but she doesn’t know the science behind it. She was challenged by someone who maintained it was possible at one of her demonstrations recently and was at a loss to explain her belief.

Oil paint absorbs oxygen to dry and cure. If it is overpainted too soon, the top layer, which gets more oxygen, cures first and becomes brittle while the under layer is still settling down and moving. When doing thicker underpainting, it should be left for six months before continuing to allow the first layer to dry and cure through.

According to Jim Cobb, founder of Chroma and inventor of Archival Oils, the six-month waiting period, which is part of the classical rules of oil painting, is intended to let the layer oxidize. He doesn’t believe there are volatiles which need to vent themselves to escape, because they are gone in a few days. The oil molecule solidifies when it has absorbed enough oxygen, and we have all gone a long way from classic tradition by using thick paint since it was first manufactured and tubed in the mid 1800’s. With their inherent flexibility, Archival Oils and their mediums can be used much more freely than traditional oils because the fat over lean rules are built in with universal flexibility in each layer of an oil painting. Even thick impasto can be stabilized with Archival Smooth Gel and painted over when touch dry. “In the past I put out really thick dollops of oil paint and examined them 6 months later by cutting through with a Stanley knife only find a “center” like a liqueur chocolate, all soft and gooey from oxygen deprivation.” We addressed this problem in the 1990’s: thick, sharp, textural oils + Archival Smooth Gel (based on alkyd resins) solves the problem by quickly firming up the thick paint application.

“Fat over lean” really expects there to be more layers of oil paint, which will crack if applied over a moving substrate of uncured oil paint, but a layer of acrylic is flexible and can accommodate movement in the under layer anyway. (This is also the whole principle of Archival Oils flexible formula oil paint, which means that the top layer which gets the most oxygen and sets first doesn’t mind some movement in the under layers, because it stretches to accommodate it.) The flexible acrylic over layer is also slightly porous allowing more oxygen to pass downwards.

Jim is a strong believer in trying things in the studio and took “a very uninspired small sample oil shown in image 1 and done with Archival Oils to check one day drying when used with Archival Smooth Gel.”

In image 2, he applied a topcoat of Atelier Binder Medium and did a thumbnail scratch test to check if the Binder would peel off.  It didn’t.

He then created an Atelier Interactive painting on this surface (image 3), knowing that Atelier Interactive sits very snugly on top of Binder, which because it is clear, makes an alternative to gesso if you want to keep the image underneath.  He ended up burying the oil image by the time he finished the acrylic sample.

This was done in 2008.  Our unscientific tests show that in certain circumstances you can overpaint oils with a acrylics if: 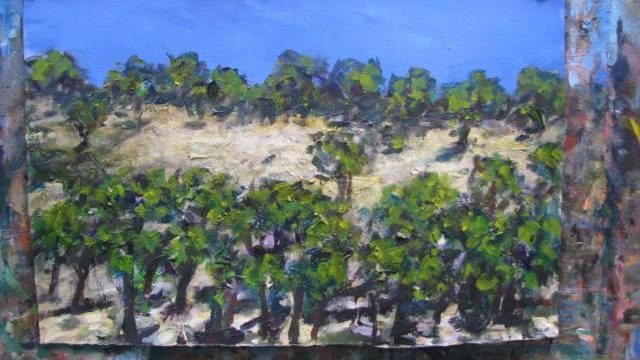 Can You Overpaint Oils with Acrylics?

A teacher, Margaret from Queensland, wrote to us because she was always taught that you can't successfully paint acrylics over… Read more. 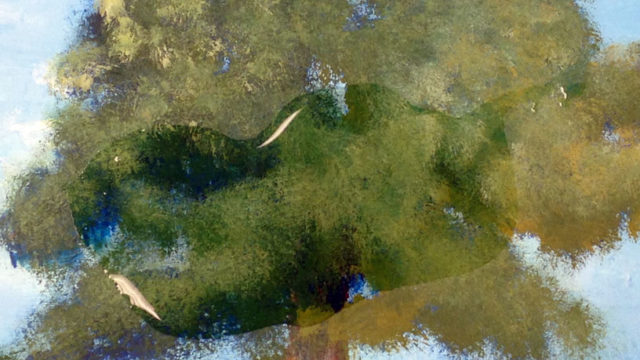 We get more questions about varnishing than with any other stage of the painting process. Varnishing should be an almost… Read more.

Please select the country you want to visit. 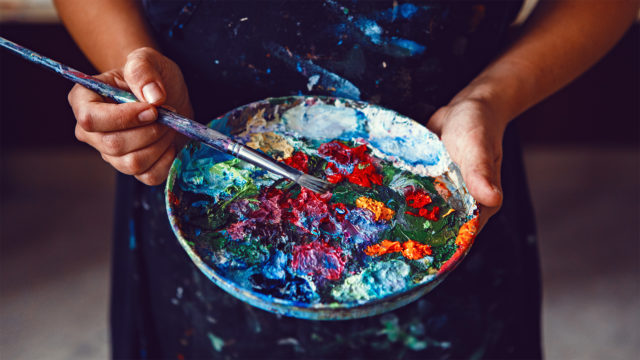 Visit Chroma Australia.
We use cookies on our website to give you the most relevant experience by remembering your preferences and repeat visits. By clicking “Accept All”, you consent to the use of ALL the cookies. However, you may visit "Cookie Settings" to provide a controlled consent.
Cookie SettingsAccept All
Manage consent

This website uses cookies to improve your experience while you navigate through the website. Out of these, the cookies that are categorized as necessary are stored on your browser as they are essential for the working of basic functionalities of the website. We also use third-party cookies that help us analyze and understand how you use this website. These cookies will be stored in your browser only with your consent. You also have the option to opt-out of these cookies. But opting out of some of these cookies may affect your browsing experience.
Necessary Always Enabled
Necessary cookies are absolutely essential for the website to function properly. This category only includes cookies that ensures basic functionalities and security features of the website. These cookies do not store any personal information.
Non-necessary
Any cookies that may not be particularly necessary for the website to function and is used specifically to collect user personal data via analytics, ads, other embedded contents are termed as non-necessary cookies. It is mandatory to procure user consent prior to running these cookies on your website.
SAVE & ACCEPT